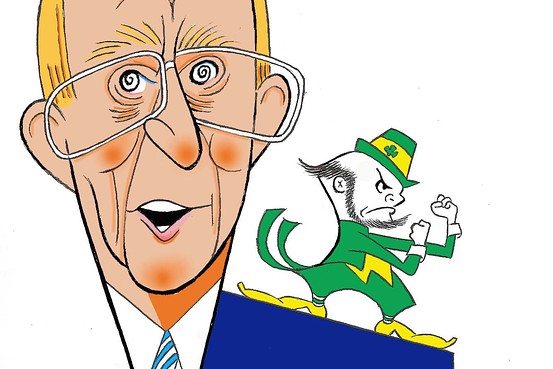 The first time I met Lou Holtz was three years ago at a Republican policy retreat—he's a friend of House Speaker John Boehner. At the time, Notre Dame was a mediocre football team following a string of disappointing seasons. Yet here was a former coach of the team—when it had last been a national power, from the mid-1980s to the mid-1990s—predicting a return to the glory days from a newly hired coach.

Brian Kelly "will have Notre Dame back in the national championship game," Mr. Holtz said. "The man is a winner."